Life is a cake and love is the icing on top of it. Without love, it becomes difficult to swallow life.

Chef Arthur Bowen came from humble beginnings. He was born in West Africa, (Liberia) and migrated to America at a very early age. Being raised by a single working mother, he spent most of his time in his mother’s kitchen where she consistently cooked savory dishes from her home land Liberia. Chef Art started helping his mother around the kitchen and soon fell in love with cooking. He was inspired by how food can tell a story and convey cultural uniqueness while bringing people together.

Chef Art soon developed a passion for culinary and attended Star Career Academy. After graduating in 2015, He began his career as a Line Cook at Paris bistro. Some of his work tasks included: working the steak station, assembling dishes, and working as a team. He quickly excelled in preparing steaks and developed precise knife skills.

Within a year, the skills he gained contributed to his promotion as Sou Chef at Paris bistro which he maintained for 3 years. While in this role, Chef Art lead his kitchen team to reach their potential in becoming talented chefs.

Few years later,  Chef Art became the Head Chef at Paris bistro. He assisted in creating menu ideas, scheduling tasks while building a great relationship with food providers. Chef Art takes pride in giving back by creating positive and fun environment for other chefs to sharpen their skills.

Outside of the kitchen, Chef Art is active in his community and enjoy giving back. His latest work includes: Thanksgiving Food Drive, Christmas Gifts/Toys Giveaway, hosting Winter Coat drive for all ages. Most importantly, Chef Art enjoy spending quality time with his family and friends while elevating their palettes. 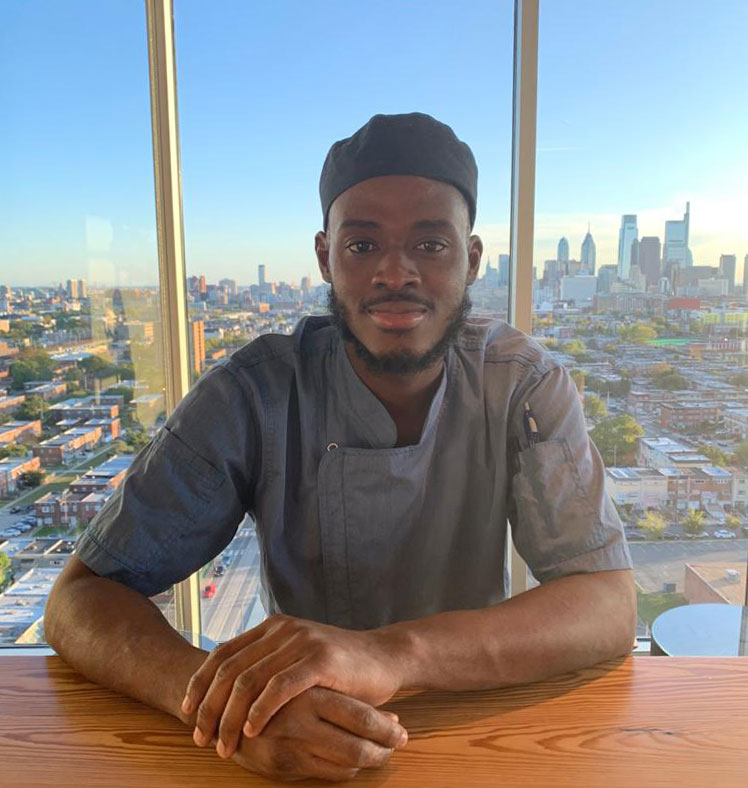